Just added to your cart

The Dangers of Fake Bearings

In February of 2017, SKF destroyed 15 tons of fake bearings. Back in 2009, 17,000 pieces of these counterfeit rolling bearings with a market value of over one million euros were seized as part of raid of a dealer’s warehouse in Piraeus Greece. The world of counterfeiting is extensive and reaches several industries.

The obvious first thoughts of counterfeiting are toward high-end consumer goods, such as designer fashions, clothes, and purses. Even electronic items are counterfeited—for instance, items like smartphones and computers are replicated and sold in foreign countries on bidding sites like Ebay. 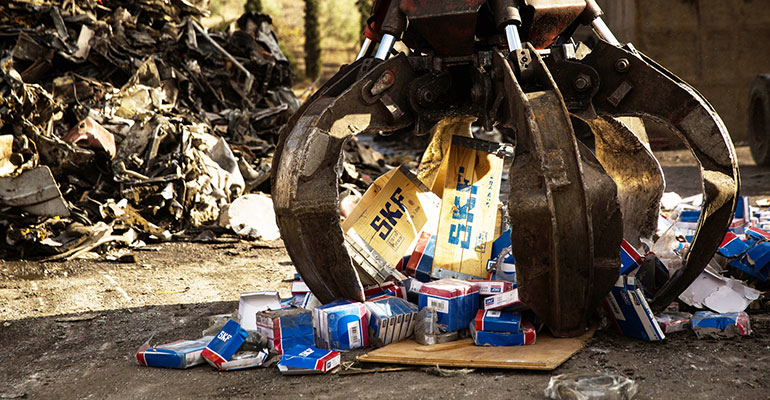 SKF destroyed 15 tons of bearings, valued at over one million euros, which were confiscated back in 2009.

According to Bloomberg News, 2.5% of global trade is affected by counterfeiting. In other words, it is a $461 billion dollar problem. The International Chamber of Commerce goes even higher, estimating that the effects of counterfeiting reach upwards of $1.8 trillion dollars.

There is another world of counterfeiting that potentially endangers the lives of several people: the world of fake bearings. Bearings are a popular counterfeiting item and companies like SKF and NSK are trying their best to rid the market of them. Such bearings are dangerous because of the possible design failures that may occur, ultimately leading to damage and injuries. 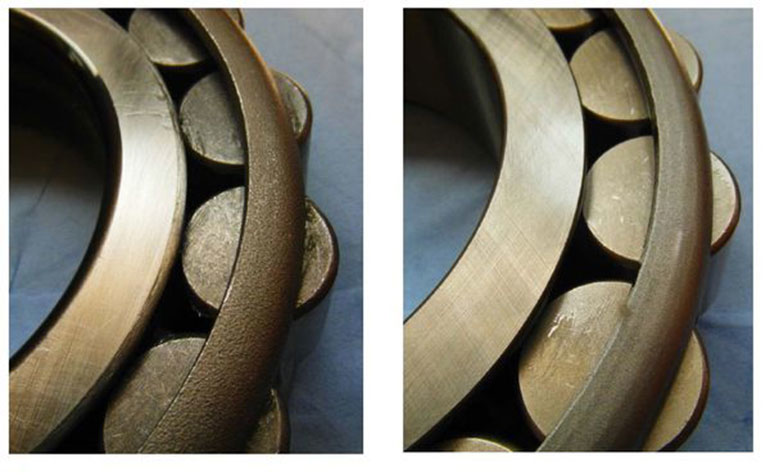 NSK investigated the fake bearings on the left, which were creating loud knocking noises in the motor used by the University of Dortmund for its distillation research.

NSK recently posted a story of how the University of Dortmund suffered the consequences of fake bearings. During a research study with a well-known Chinese University on how to enhance the distillation process, large knocking noises were coming from the drive system being used in the three-stage modular system to boil the liquids for distillation. The 5-kW motor with a v-belt connection to a central vertical shaft uses a ball bearing to provide support and two tapered roller bearings to provide support from above. The knocking persisted even after NSK made adjustments to create large clearances. After more in-depth investigation, NSK determined the bearings were counterfeited and needed to be replaced.

SKF’s site presents several examples of how counterfeits affect plants with unexpected downtime and place employees in danger. One example is a petrochemical processor plant had to perform an emergency shutdown after just two days of operation when a bearing failed during a crucial application. These placed the workers in danger and cost the plant money having to shutdown, find the faulty bearing, and replace with an official bearing from SKF.

Tina Åström, Director, SKF Group Brand Protection, warns about the dangers of counterfeit bearings, “Counterfeit industrial products like bearings are not bought intentionally by customers, so the best way to fight counterfeit is to raise awareness. Customers who accidentally purchase counterfeit products are being cheated financially and risk damage to their machinery and expensive downtime.” 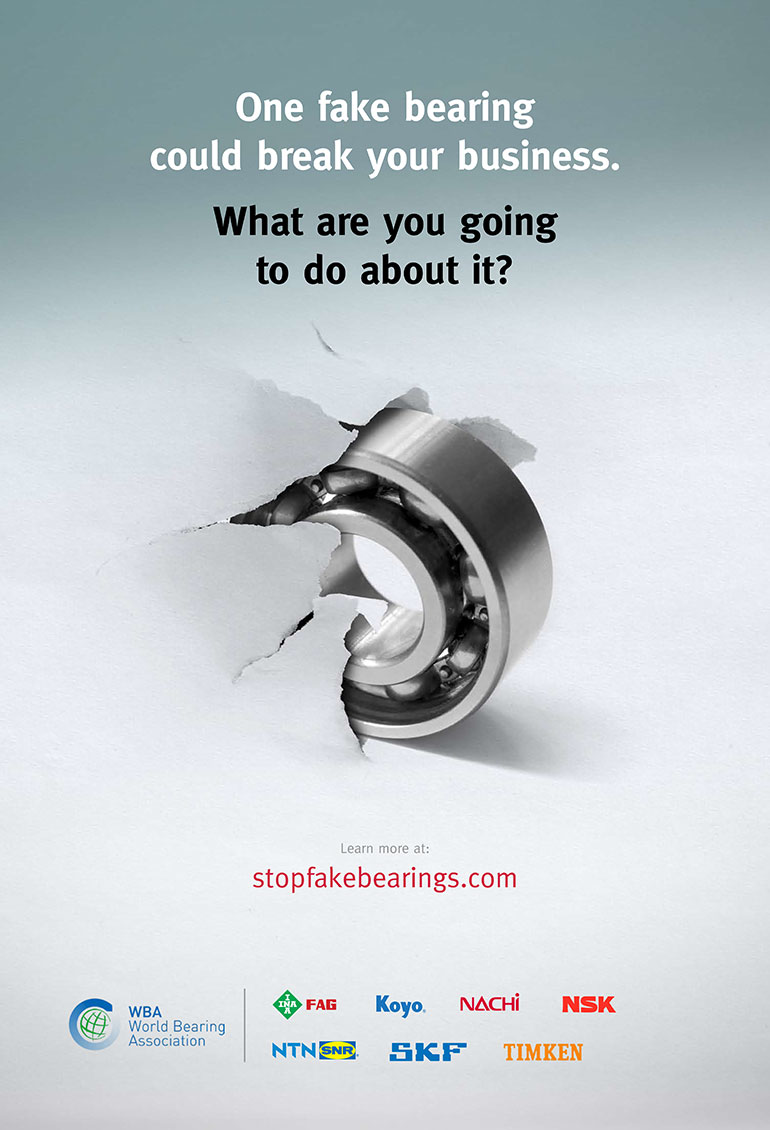 The World Bearing Association was formed by Stopfakebearings.com to help promote the identification and stop the sale of counterfeit bearings. The association is comprised of several major bearing companies, including INA FAG, NSK, and SKF.

SKF is part of the World Bearing Association (WBA), along with companies like NSK, NTN, Timken, Koyo, INA FAG, and Nachi, which helps raise awareness to these fake bearings. The WBA is a non-profit and unincorporated industrial association that promotes common and lawful interest of the bearing industry. They hope to educate the industry on how to identify fake bearings, purchase bearings confidently, and involve the appropriate law-enforcement agencies to help stop counterfeiters.

Several companies have taken steps to prevent fake bearings from being used. For example, Sandvik AB, a mining and steel equipment manufacturer from Sweden, hires contractors to explore possible fake websites selling fake bearings. Schneider Electric has developed bar codes and labels that can only be inspected via ultraviolet light to detect counterfeits. Vallourec SA, a French maker of pipes for the gas and oil industry, is fighting counterfeits by detecting and reporting forged certificates that are used to fake authenticity.